We work with your budget! 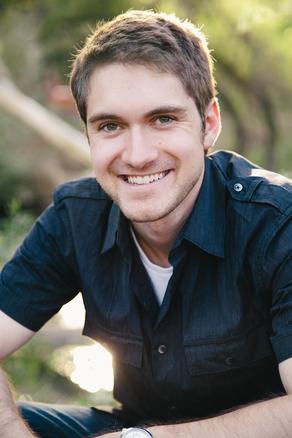 your next video project!

​Your Vision Brought to Life.

The first production company was started in Iowa City, Iowa and did extensive work on a cutting-edge digital textbook as well as work for other companies and individuals.

When the move to Utah was made many new markets were now open and the company has been doubling in size each year. Although our first year in Utah was slow, doing only a handful of jobs, trying to work our way around a new market with unique needs, the company has now turned into Utah's production leader and is on track to produce over 1,000 videos in 2016.

We use the highest quality equipment on the market, experienced crews, and wonderful creatives that help make our client's visions a reality.

I graduated with a BA in Film from Brigham Young University. I also love business, so the natural course was to start a video and film production company. My company's focus is video production, but I have worked on many film sets--large and small, including filming national television shows and feature films. My passion for film has continued through to today with the completion of 3 feature films and an Amazon Documentary-series--which have won awards such as "Best Comedy" and "Best Documentary Feature". I have also gained so much valuable production experience by working at Brigham Young University creating videos for the Kennedy Center, the Engineering Program, the Marriott Business School, and the football team. I have also worked for University of Iowa, the CIA in video production the Church of Jesus Christ of Latter-Day Saints, and more. I have worked directly with CEOs, large corporations and organizations, and celebrities like Jimmer Fredette, Drew Manning, Bronco Mendenhall and more. I feel blessed to have the opportunity to work with fantastic clients. My career has allowed me to meet a variety of dynamic companies and successful individuals and serve their video production and marketing needs, of which I am so grateful.